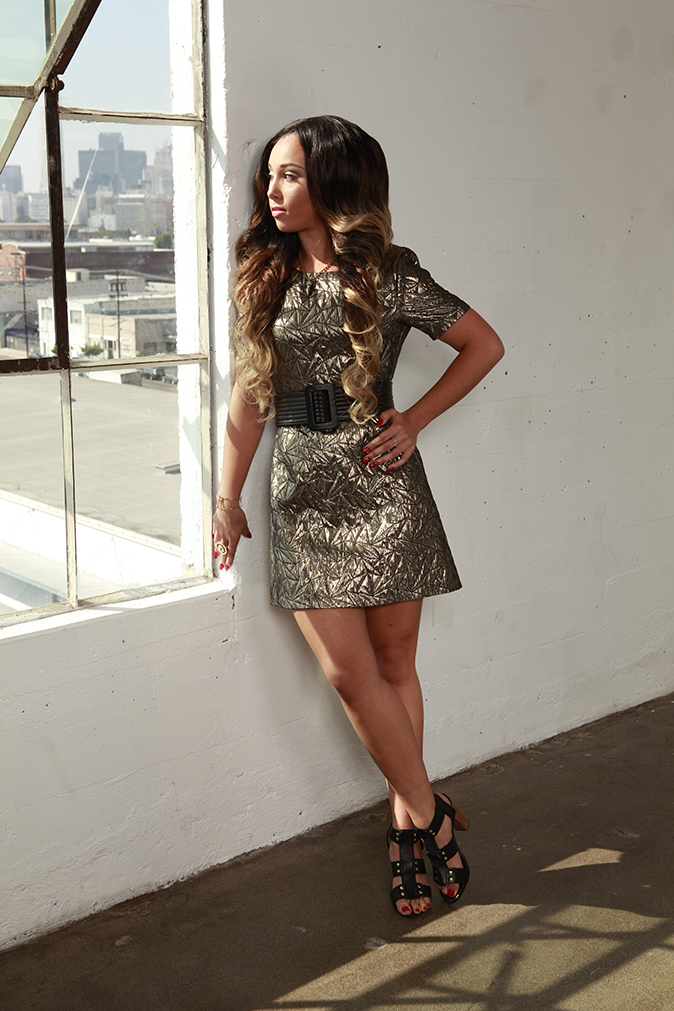 Following the exceptional success of her debut EP, “Nothing To Lose”, Whitney McClain shows promise as a singer/songwriter. “I am so blessed,” says the singer. “To know that people I don’t even know, people from all over the world, are fans of my music is surreal – it is just crazy!”

Whitney grew up in Salem, Oregon where she sang in an assortment of school choirs. In 2011, she left Oregon to attend college at the University of Texas in Austin where she was part of the university’s first all-girl a Capella group, “Beauties and the Beat”. While attending the University of Texas, she fell in love with Austin and its vibrant music scene. It was during her time there that she decided to reach out to her uncle Marlon “The Magician” McClain, former leader and guitarist for the Funk/R&B/Soul Band “Pleasure”. Whitney asked his opinion on her voice and his advice on her desire to dive into the music industry. With his encouragement and a steady guiding hand, Whitney has experienced incredible support and tangible success as an independent artist.

Addressing her upbringing and the impact music has made on her, McClain states, “Music has always spoken to me – it soothes my soul. Even during some difficult times, it was music that helped me heal.” The difficult times which Whitney is referring to are two brain surgeries she had in the 5th and 7th grades. Both surgeries were life- threatening and presented challenges, but with support of her family and her faith in God she has not only recovered – she has thrived, showing her resilience in overcoming obstacles with faith and positivity.

Encountering hills and valleys, yet working through them have remained a constant narrative in Whitney’s life — a narrative that flows seamlessly into her music and cuts through to her fans.

“Nothing To Lose”, McClain’s debut EP was nominated for an Independent Music Award as Best Urban EP of the Year. The five track EP tells the story of the ups and downs of love and the stumbling blocks many face when on a journey to find true love. “Bombs Away” and several other tracks on “Nothing To Lose” were written and produced by the Grammy Award-winning Mauli B. “Heart Games” was Whitney’s first foray into songwriting and, again, she teamed up with Mauli B to co-write the track. Marlon McClain II and Ralph “Phantom” Stacy (Producer and CEO of Melo Sage Music) teamed up to write the lone ballad on the EP for Whitney entitled, “Nothing Left”. Accompanied by the pop- driven cuts “Terminal Love” and “Sober”, Whitney’s five song debut EP showcases an intimate vulnerability that listeners cling to as a staple of her evolving sound.

Whitney savors the freedom of creativity that comes with songwriting and performing, embracing digital broadcast platforms like YouTube which is home to her branded page garnering millions of views since its 2014 launch. McClain’s YouTube page serves as a landing spot for listeners who want an in-depth visual following her career from her debut to her latest releases. During and following the release of “Nothing To Lose”, McClain further exhibited her versatility by adding her rendition of classic recordings to her featured page. Covered recordings from classic soul and contemporary musicians include Otis Redding’s, “(Sittin’ On) The Dock Of The Bay” to “Stand By Me” by Ben E. King which leaves McClain’s followers with a new perspective on the depth of her range. Still so, staying true to herself, Whitney divulges, “I always know that God has a plan for me and I’m going get through this,” expresses McClain, “it’s going to work out whatever way it needs to. Her cover of Alicia Keys’, “Hallelujah” illustrates the stronghold of faith that surrounds her actions and artistic approach. Whitney’s love for contemporary artists, such as Amy Winehouse, opens her up to tackling covers of more modern styles. “I love her style and her rawness. I just love to sing her music. I gained confidence in learning her songs and covering them.” This growth of McClain’s genre-transcending style is evident in her music and something listeners can look forward to.

For her most recent project, Whitney has written new music with Marlon McClain II, Ralph Stacy and Davi Jordan. Her single, “Cruise”, brings a chill vibe with a positive message and is a product of one of these collaborations. Whitney recollects the culmination of “Cruise” with an appreciation of the process and the spontaneity that can, oftentimes, build a song.

“I had the “Cruise” instrumental for a long time. I really liked it, but I could not seem to come up with anything for it. The only thing that came into my mind when I heard the beat was the word “Cruise” or “Cruising.”

Whitney explains that “Cruise“ was an important record that helped her branch out into developing her style as an artist and songwriter.

During the process of recording her latest EP, “Letters From A Broken Heart”, Whitney has evolved her songwriting prowess and music technicality, co-writing, co-producing, and co-engineering the entire project. “Letters From A Broken Heart” gifts listeners with a new facet of McClain’s sound that fuses Soul, Indie Pop and R&B. Whitney has embraced virtual content heavily in recent months amid the COVID-19 pandemic, throwing several virtual performances to keep her supporters engaged.

Kicking off her new project, Whitney graced the stage most recently for the Legendary Tom Joyner’s Farewell Tour and Retirement Party performing her single “Fireplace.”

“Fireplace” tells the story of new love and explores feelings of diving all in, even when risking a broken heart could be the cost. The soulful and groovy record is accompanied by three additional songs in her latest collection. “Writing and recording these songs from this new project was a cathartic experience for me” Whitney says, “I’ve made risky decisions in relationships and in falling in love in the past.” The acoustic indie-soul “Good With Pain” is a relatable example showing the sacrifice we are willing to make for others when love is both gripping and toxic at the same time. “Fall So Far” and “Don’t Believe Ya” round off McClain’s sophomore EP delivering an eclectic mix of tunes, showing both her multi-faceted skillset and relatability transcending any specific genre.

When speaking of her new EP, Whitney shares how emotionally invested in the new music she is – “co-writing and having more input on all of the tracks has allowed me to put my style on my new songs. I grew up listening to Motown, Michael Jackson, Earth Wind & Fire, as well as Amy Winehouse, Beyoncé’ and Adele. I love trying to mix the old school sound with my favorite influences. I am an old soul at heart.”

“My goal is to keep going, to keep improving both as a person and an artist. Hopefully, my music continues to reach and inspire people to overcome the hard times that can come up in life. Music is such an important part of my life and I believe it can speak for us when words are not enough. I hope to continue to share my story in my music and see what doors God opens for me.”

McClain’s music has been played on IHeartRadio, Sirius XM, Music Choice, Pandora, and Spotify to name a few.

Likewise, she has also been the Artist of the Month/Feature Artist at Next2Shine, Urban Vault, Prodigii Source One, VanDigital, Soultracks, and The Urban Music Scene.